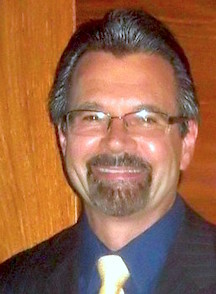 Dr. Terry Louis Schultz currently serves as International Hispanic Outreach Consultant, Coordinator for Haiti, and Latin America Music Coordinator for WELS World Missions. He spent 20 years as a missionary, 15 in Peru, and lived in the Dominican Republic for five years to serve Haiti. Terry authored two books. No More Fear – Jesus, the Evil Spirits, and You, and Rescued from the Belly of the Beast (on infant baptism). He illustrated Luther’s Catechism for use in South Sudanese refugee camps and Haiti. Terry is overseeing production of a culturally appropriate Spanish hymnal. Its music, arranged for guitar and Latin percussion, is currently being used in churches in Colombia, Mexico, and Peru, as well as in New York City and Terry’s current hometown, Chicago.

The last decade has seen a veritable explosion of interest among foreign mission agencies in ethnomusicology — the study of music in culture. Understanding how to use music effectively in a foreign culture for evangelistic, pedagogical, and doxological purposes is no easy task. Simply translating existing hymns from the missionary's home culture hymnbook — a practice carried on for centuries — is hardly the best way to create music for outreach. Certain fundamental truths regarding "man and music" need to be known if the missionary is to have music that resonates with the host culture. A basic understanding of how music functions both in the individual and in society is a huge asset in preparing music for missions.

Meanwhile, technology has made virtually any style of music from anywhere on the planet available to those with access to the internet. Think of it. People can hear anything, anywhere, anytime. One could be sipping tea in Marrakesh while listening to Mississippi prison songs from the 30s, or Moldavian jazz music, Moroccan caravan music, Mongolian warrior songs, Martinique zouk, or Memphis blues. The so-called "globalization" (making available worldwide) of music has significant implications for those engaged in outreach and facilitating worship.

How do we uncover the best music to use for evangelism — music whereby one can be "strengthened in the faith through his holy Word driven into the heart with sweet song," 1 as Luther put it? Let's consider a few basic principles regarding man, music, and our modern technological world.

We begin with the simple fact that every culture has a heart music. Missionaries are familiar with the concept of a heart language. People respond more easily to messages they hear in their native tongue. Huyser-Honig writes:

...we all have a heart language, the mother tongue in which we first learned to express love, joy, sorrow, and need. Heart language is rich in nuance, humor, gesture, and inflection. It's the words you naturally dream in, the genres and images you use to change minds. 2

What Huyser-Honig says of heart language is equally applicable to the music we grow up with - our heart music. Harris writes:

Just like each person has at least one heart language, we all have our own heart music and arts; it's like a mother tongue for expressing your heart, and it effects how you worship.3

That we each possess a heart music is really no surprise. Our brains actually become neurologically programed to respond to the music we grew up with. Ever wonder why each generation thinks their music is the best music ever? In the extraordinary book, "This Is Your Brain on Music," Daniel J. Levitin explains the amazing impact of the music with which one grew up. While "young children start to show a preference for the music of their culture by age two, around the same time they begin to develop specialized speech processing," 4 it is the teen years that really impact musical preferences. Levitin explains:

Researchers point to the teen years as the turning point for musical preferences. It is around the age of ten or eleven that most children take on music as a real interest, even those children who didn't express such as interest in music earlier. As adults, the music we tend to be nostalgic for, the music that feels like it is "our" music, corresponds to the music we heard during these years…

Part of the reason we remember songs from our teenage years is because those years were times of self-discovery, and as a consequence, they were emotionally charged; in general, we tend to remember things that have an emotional component because our amygdala and neurotransmitters act in concert to "tag" the memories as something important. Part of the reason also has to do with neural maturation and pruning; it is around fourteen that the wiring of our musical brains is approaching adult like levels of completion.

There doesn't seem to be a cutoff point for acquiring new tastes in music, but most people have formed their tastes by the age of eighteen or twenty. 5

Realizing how firmly music is embedded in an individual and in society, evangelists will seek to discover the heart music of the people they serve. Meanwhile, as ethnomusicologist Timothy Rice observes:

The recognition of the importance of media and technology, not simply as a means of recording live music but as a fundamental fact of modern musical life, has led to the study of what Rene Lysloff terms music and "technoculture." Arguing that "the ethnographic Other is now fully plugged in," he suggests that ethnomusicologists examine the cultural use of musical technology as seriously as they study unmediated performance. 6

With easy access through the internet to an incalculable number of world music styles plus vast samples of these styles, people may become what is sometimes termed "bi-musical" or "poly-musical," that is, individuals who are attracted to distinctly different world music styles / systems. The most influential music in the world continues to be Amero-European pop music. However, this music continues to be mixed throughout the world with other local, regional, and national music styles to produce new music hybrids that are particularly popular with young people. As Rice notes, one can now find an "extreme metal scene in Brazil, hip-hop in Istanbul, Burmese rap, punk in China, and rock music among Tibetans exiled in Dharamsala, India." 7

Compounding the evangelist's challenge to find effective music for outreach is the fact that cultures are not monolithic. The movement of people from rural to urban areas, music subcultures among migrant youths, the creation of diaspora communities in large cities, long-term refugee camp dwellers, -- the list of cultures, subcultures, and microcultures is endless. (How large of a net are you casting with your outreach program?) Groups need to be carefully studied and surveyed (reliable inside informants cultivated) if the most effective styles of music for outreach are to be discovered.

After these steps, yet another challenge looms large. Can a secular heart music of a certain group be an effective vehicle for the life-saving gospel? Can a "rhythm of the street" be transformed from purely secular connotations to become (to borrow a phrase from Paul Simon) a "rhythm of the saints?" Think of the evolution of musical styles and instruments in protestant churches in the U.S. Some congregations have gone from pipe organs to praise bands. Bach organ fugues have given way to fierce band music with a backbeat. A Southside church in Chicago offers an entire service to rap music.

Today, such Latin and Afro-Caribbean music styles as reggae, rumba, tango, samba, and calypso have found their way into the church. The point is clear: Evangelists need to defer to the host culture to answer the central question, "Which music styles will best work as vehicles for the gospel message?"

Regarding media, I have made only brief passing comments. Getting outreach music listened to in the first place in the host country will of course need careful study. Evangelism campaigns would no doubt utilize both live performances and recorded music with its myriad ways of being electronically distributed. Recordings of nationals performing outreach and worship music in the style of their heart music, with lyrics and music written by the nationals, will always be a primary goal.

But first things first. We need to discover the heart music of the people we are humbled and privileged to serve. Better be prepared, cross-culture evangelist! May the Holy Spirit guide and empower us!

[Some of the material in this essay is scheduled to appear in an upcoming article in The Wisconsin Lutheran Quarterly.]

Translate this page into your language
Return to original language with "show original" button at top left.

-
Tom Kuster 24 days ago
Some from outside our immediate circles have been working for years on the challenge of culturally appropriate Christian messages. My friends from MMF (Mobile Ministry Forum) supplied me with the link below to a short video (VERY MUCH worth 18 minutes of your time) of a presentation by Carol and Calvin Conkey about their film work around the world. It's especially strong about what we identified at our 2012 "Media Outreach in World Missions" conference at Bethany as the "Cultural Challenge."

-
ERNST WENDLAND 21 days ago
Perhaps you have already seen this article (plus many comments) in CT:
http://www.christianitytoday.com/edstetzer/2016/march/future-of-music-in-church.html?utm_source=ctweekly-html&utm_medium=Newsletter&utm_term=14623599&utm_content=427092691&utm_campaign=email
-
Terry Schultz 13 days ago
Thank you very much Ernst for the link to the article. I had not seen it. I found it very interesting, challenging, and provocative. Having just moved back to the US after living abroad for nearly 20 years, I feel quite out of touch with the various ways worship services are done in North America. A comment from the author I found very striking: "We are the only generation in recorded history that can list its worship style by generation." One can hardly imagine the implications of this current cultural phenomena.